Please contact us if you have any contribution that might be of interest to this user community.

• Update (6 December 2002) includes the news that the Dutch ESA astronaut / cosmonaut Andre Kuipers has been selected for a flight to the International Space Station in late 2003. You may read more about this on the ESA web site and the site of the Dutch Space Agency, SRON. You may also go to the 'Student Projects' as we did them some time ago with André. "See the vaious Space Papers. (in Dutch) by the students from the Were Di high school in Valkenswaard (NL).

• Update (19 July 2002) includes the complete academic thesis by Eric Sondag entitled: 'The effects of Hypergravity on Function and Structure of the Peripheral Vestibular System'. Academic Medical Center (AMC) of the University of Amsterdam (UvA), 1 November, 1996.

• End of June 2002 a petition has been set up for the NASA established Task Force "Research Maximization and Prioritization (ReMAP)". This Task Force was set up by NASA Administrator Mr. Sean O'Keefe and had to the task to evaluate the future of the International Space Station regarding utilization. The web-based ISS science user petition was set up to channel our concern on this issue and to stress the scientific use of the ISS. Persons could enter their name to the petition which about 530 people did. You may read the original text of the petition and go to the list of subscribers.

• This update, (16 April 2002) includes, besides some maintenance and link updates, the complete academic thesis from Tjaart Molenkamp of the University of Groningen in the area of fluid entitled: 'Marangoni convection, mass transfer and microgravity.'His defence at the Rijksuniversiteit Groningen, was 6th November 1998.

• Update of the site (6 March 2001); implementation of a Search engine and new and updated links in the field of astrobiology.

• Update of the site (25 Febr. 2001); implementation of the OSIC (Organics under Simulated Interstellar Conditions) facility, new and updated links in the field of astrobiology

• Update of the site (15 Nov. 2000) mainly include new references in publications, Biopack page including glovebox and addition and update of links.

• Update of the site (13 Sept. 2000) mainly include the introduction of the Human Rated Centrifuge to complete the gamma of hypergravity facilities ranging from single cells to human beings, renewed / updated links, updated list of Publications.

• Update of the site (3 July 2000) are navigation improvements for the Dutch language and links updates.

• Update of the site (24 May 2000) are mainly navigation improvements.

• Update of the site (10 May 2000) includes biology project on 'Hypertaugé' by Adrian de Groot Ruiz en Chris Weel from the Christelijk Gymnasium Utrecht (NL), on the response of taugé roots in at various gravity levels and directions.

• Update of the site (20 April 2000) includes the thesis from Dr. Lansberg entitled ' Problemen der Ruimtevaartgeneeskde' ('The Problems of Space Medicine') published in 1958. This historic but still very interesting and illustrative thesis provides the knowledge on spaceflight medicine a year after Sputnik. It gives an overview of all medical aspects: physiology, psychology, but also the interaction with spacecraft engineering.

At times you will encounter romantic, philosophical and humorous passages. Besides the 'Summary' this thesis is in the Dutch language. In 1960 an English version of the thesis was published in the series 'Elsevier Monographs' entitled: 'A Primer of Space Medicine' with a foreword by Werner von Braun. When possible we will publish this version as well.
This update also includes the most recent thesis in the area of gravitational pgysiology / biology. It is the work of Eyal Rosenzweig entitled: ' "Navigation organs of the oriental hornet. The ocelli and ciliated sensory epithelium of the head. Micromorphology, function and homeostasis."His defence at the Rijksuniversiteit Groningen, was 5th January 2000. 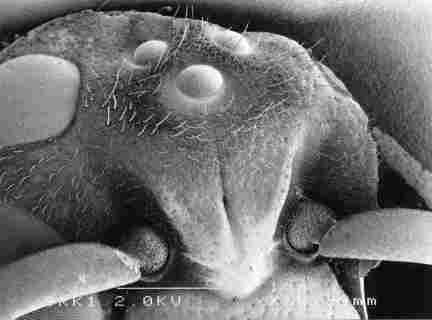 This update also additional text for the thesis from van Loon (1995).

• Update of the site (7 April 2000) includes some new links and general maintenance.

• Update of the site (14 Mar. 2000) includes the academic thesis 'About horizontal self-motion perception' by Barbara Mesland (see under Publications / Acad. Thesis), update and expansion of links and intro page.

• Update of the site (16 Febr. 2000) includes a literature study 'The use of in-flight exercise protocols to minimize muscle atrophy and osteoporosis during prolonged spaceflight' by Olivier de Hon (VU Amsterdam), NL-Symposium Symp. papers update, update and expansion of links .

• Update of the site (4 Febr. 2000) includes updates of the presentations as given during the 2nd NL-Symposium Symposium, 10th December 1999, Amsterdam, new links to ISS and Mars sites and Dutch sites, updated figures for Biopack, various updated links.

• Update of the site (7 Jan. 2000) includes some of the presentations as given during the 2nd NL-Symposium Symposium, 10th December 1999, Amsterdam, new links to ISS and Mars sites, new literature references (1998/1999), navigation update.